Yeliz Türk, a student at FMV Private Işık High School, won First Place for the Istanbul Province in the "Inter-High School Literary Article Writing Competition" organized by Sainte Pulchérie French High School. In this competition, the students of our school once again made us proud by ranking for the second time in the last two years. Orhan Pamuk says, “Since novels record not the objects themselves, but the meeting of things and our perceptions, how colors, sounds, words, and scenery appear to us and keep them at least for a while, the pleasure of the novel reader is different from that of the museum visitor; It is the feeling that our own lives are recorded and preserved in the novel.” Our student participated in the competition, which deals with the subject of "Sounds and Colors in the Works of Orhan Pamuk", based on the excerpt, from the article titled "EAST-WEST THROUGH SOUNDS AND COLORS IN ORHAN PAMUK’S WORKS". We congratulate our student and thank our literature teachers who contributed to this process. 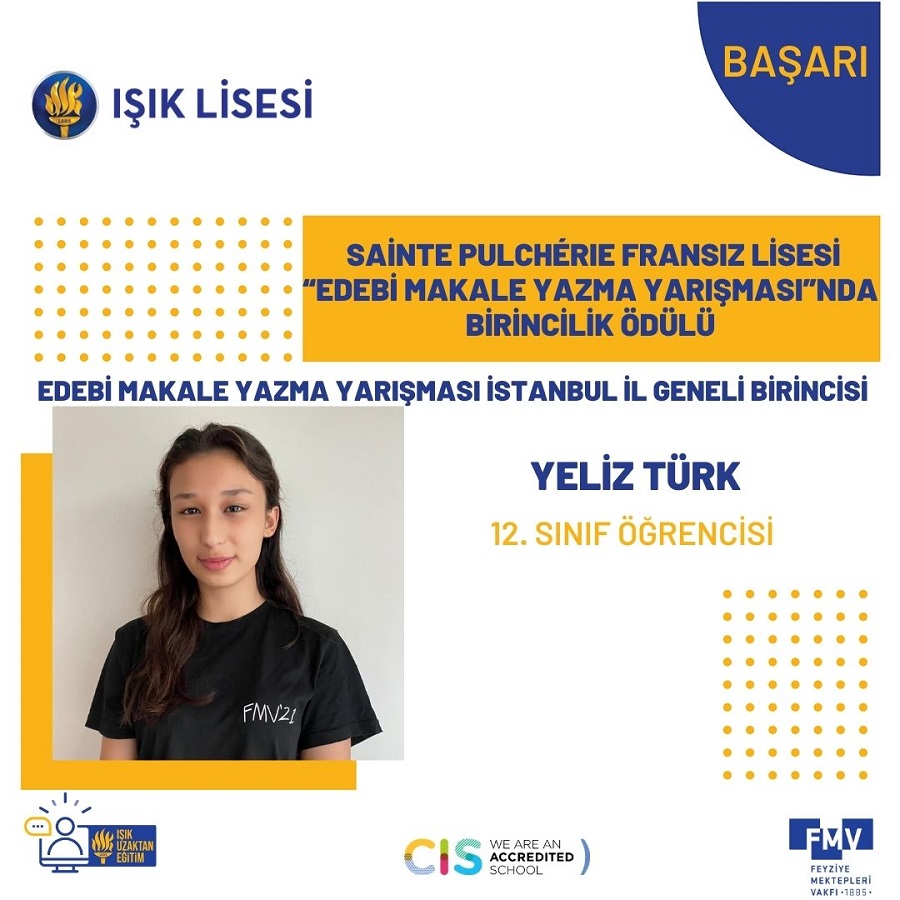